If you are thinking of adding House of Hollow by Krystal Sutherland to your classroom library, read this book review first.

Seventeen-year-old Iris Hollow has always been strange. Something happened to her and her two older sisters when they were children, something they can’t quite remember but that left each of them with an identical half-moon scar at the base of their throats.

Iris has spent most of her teenage years trying to avoid the weirdness that sticks to her like tar. But when her eldest sister, Grey, goes missing under suspicious circumstances, Iris learns just how weird her life can get: horned men start shadowing her, a corpse falls out of her sister’s ceiling, and ugly, impossible memories start to twist their way to the forefront of her mind.

As Iris retraces Grey’s last known footsteps and follows the increasingly bizarre trail of breadcrumbs she left behind, it becomes apparent that the only way to save her sister is to decipher the mystery of what happened to them as children.

The closer Iris gets to the truth, the closer she comes to understanding that the answer is dark and dangerous – and that Grey has been keeping a terrible secret from her for years.

I have been wanting to read this book since it came out in April. The book cover is beautiful and the summary lured me in.

It took a little while to kick off. At first, I noticed that there was a lot of prose. A lot. It may be overwhelming to some readers. There’s also some clunky repetition in how characters are described repeatedly in short succession, which nearly made me put it in my DNF pile. Luckily, I kept reading and was stunned by the plot in all its twists and turns.

What starts as a real world mystery quickly delves in magical realism. This novel takes place in Europe, with the characters traveling all over Europe. Much of the beginning of the novel centers around Iris, the youngest sister, who strives beyond anything to be normal and live outside of the extraordinary lives her sisters have made for themselves. When she tries to meet up with her sisters, they find the eldest, Grey, gone. And so kicks off a nail biting and haunting mystery as the two sisters try to find their sister, and finally uncover what happened to them ten years ago.

Iris is such a relatable character. Though she has the same addictive beauty and allure her sisters have, she does her best to be normal and live within the bounds where her sisters lived outside. Where her sisters are brave, she is vulnerable. Where her sisters are reckless, she tries to be responsible. Which plays an interesting part near the end of the novel where she needs to pull herself up by her bootstraps and help them and defeat the evil hunting them. Iris is also a bisexual character, with one of her sisters being homosexual, and the other heterosexual. These are casually mentioned as part of who the characters are and it makes me happy that it wasn’t overdone.

To be sure, there are some dark themes in this book. But overall there’s the idea of family and what makes a family, life and death, mundane and supernatural, and an overarching concept of magical realism. I would say with these themes it is great for older students who may be at that point where they are creating close friendships and discovering which bonds matter in life.

What should parents know?

This is a horror book, so there is gore-y and creepy imagery throughout, with mentions of child deaths. There is also mention of the rock ‘n’ roll lifestyle, with one sister mentioning drug and alcohol use and sexual encounters in passing. Parents should be ready to talk to teens. Younger children may have questions about family and death after reading this book. As an adult, the imagery of nature and death stayed with me.

Would I recommend this for students?

For older students, yes. If your students are looking for something to get in the spooky vibes or just are a fan of horror, this is an amazing novel. Students of creative writing can also make note of the haunting language, imagery, and use of magical realism in this novel.

Did you read House of Hollow? Let me know in the comments down below. 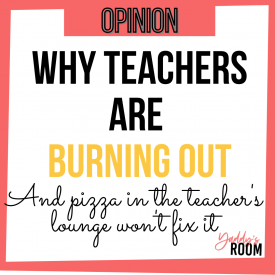 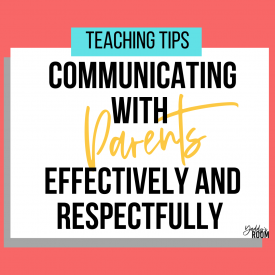 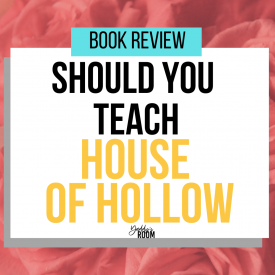